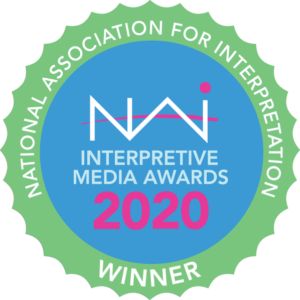 Shot in stunning Ultra High-Definition, JEWEL CAVE NATIONAL MONUMENT  DISCOVERY IN THE DARKNESS is the official film that plays at the Monument’s Visitor Center.  The film takes viewers on an exciting journey to wondrous depths, including places where few have ever ventured.

JEWEL CAVE NATIONAL MONUMENT  DISCOVERY IN THE DARKNESS gives a glimpse of popular activities such as the Scenic Tour, Historic Lantern Tour, and Wild Caving Tour. It also invites viewers to follow cave explorers into one of the last frontiers in the world.

Viewers  get to experience cutting-edge scientific research being conducted at Jewel Cave National Monument: cave climatologist Dr. Andreas Pflitsch’s studies examining airflow to further the understanding of how large the cave may be, an animated view of the most recent research on the origin of Jewel Cave, and Jesse Alston’s fascinating bat study.

With over 200 miles of mapped passages, Jewel Cave is the 3rd longest cave in the world. This mysterious underground labyrinth appeals to the human desire to discover the unknown.  Its splendor is revealed through images of fragile formations and glimpses of brilliant color. Its maze of passages lures explorers and reveals a wealth of scientific discovery. Jewel Cave is truly a “jewel” in America’s National Park System.

Become a member and save 15%. click HERE to learn more

There are no reviews yet.