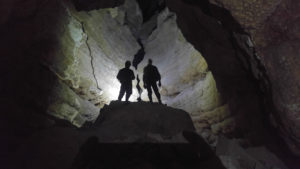 Jewel Cave is one of the ‘last’ new frontiers in the world!

Discover the 3rd longest cave in the world!

Jewel Cave is an underground wilderness with over 200 miles of mapped passages. It was a designated a national monument in 1908 by President Theodore Roosevelt, and in 1933 the National Park Service began running cave tours. Jewel Cave now offers four different tours including a wild caving tour that takes you to remote parts of the cave. In addition to the cave, the monument has two beautiful hiking trails that meander through ponderosa pine forests and rocky canyons. Big horn sheep have been reintroduced in the area and area common site on the Canyons Trail.  Black Hills Parks & Forests Association has been partners with Jewel Cave since 1984. 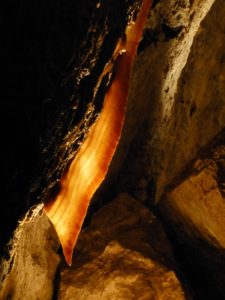 Cave bacon is one of the unique formations you might see on a cave tour!