After more than two years in development, Wind Cave National Park unveiled its new “unigrid” brochure in late July of this year. According to park officials, it has been at least 30 or more years since the previous Wind Cave brochure has had an update. Unigrid brochures are a staple at National Park Service (NPS) locations throughout the nation.

The foldable pamphlets feature a black stripe across the top that has the name of the NPS site, its location, and the NPS logo along with a picture or piece of artwork that represents the park unit well. The black-band brochures also include maps, pictures, and other information about the specific NPS location. According to NPS, “park brochures are known as ‘unigrids’ because they share a grid system that provides an unseen supporting structure for the many variables of design and print production.” The previous Wind Cave unigrid displayed a picture of boxwork (a cave formation found in Wind Cave) on the front; however, park officials wanted something that represented more aspects of the park. The new brochure features a large painting that does just that. It includes a landscape of the park with hills, trees, prairie, and a variety of animals. A cutaway section on the bottom left-hand side shows visitors being led on a cave tour underneath the surface.

“We wanted something that captured the entirety of the park and all that it has to offer,” said Lennie Ramacher, Assistant Chief of Interpretation for Wind Cave. “We are so much more than just a cave as there are so many interesting things to do on the park’s surface such as hiking or viewing wildlife.” Wind Cave employees worked closely with Harpers Ferry Center for Media Services (HFC), a visual design company based in Harpers Ferry, W. Va., to create the new brochure.

“Our Wind Cave staff worked alongside HFC’s team of mapmakers, writers, and designers,” Ramacher said. “The team traveled here to get a sense of the park and to get a feel for what we wanted to capture and share with the public. They took pictures, wrote notes, and met with local subject matter experts.”

To capture the full essence of the park in one image, HFC brought in well-known American Wilderness painter Larry Eifert of Port Townsend, Wash. Larry and his partner, Nancy Cherry Eifert (who is also an artist), visited Wind Cave for a couple of days in June 2019 and spent a lot of time learning about the park. Eifert then returned to his studio to complete the painting. “The staff drove us around and we got a wonderful cave tour,” Eifert said. “I’ve been to Wind Cave before, but a guided tour by the professional staff is a real shot of details, like an immersion class in park geology, history, problems and successes. I took dozens of photos of ground cover. The painting’s foreground is a real place, a real downed tree.”

“Larry’s painting illustrates the variety of animal and plant life found in our mixed-grass prairie environment,” said Leigh Welling, Superintendent of Wind Cave National Park. “The painting also reveals the vast cave under the prairie. It’s wonderful to have an illustration that shows the connection between the surface landscape as well as the underground world beneath us.” 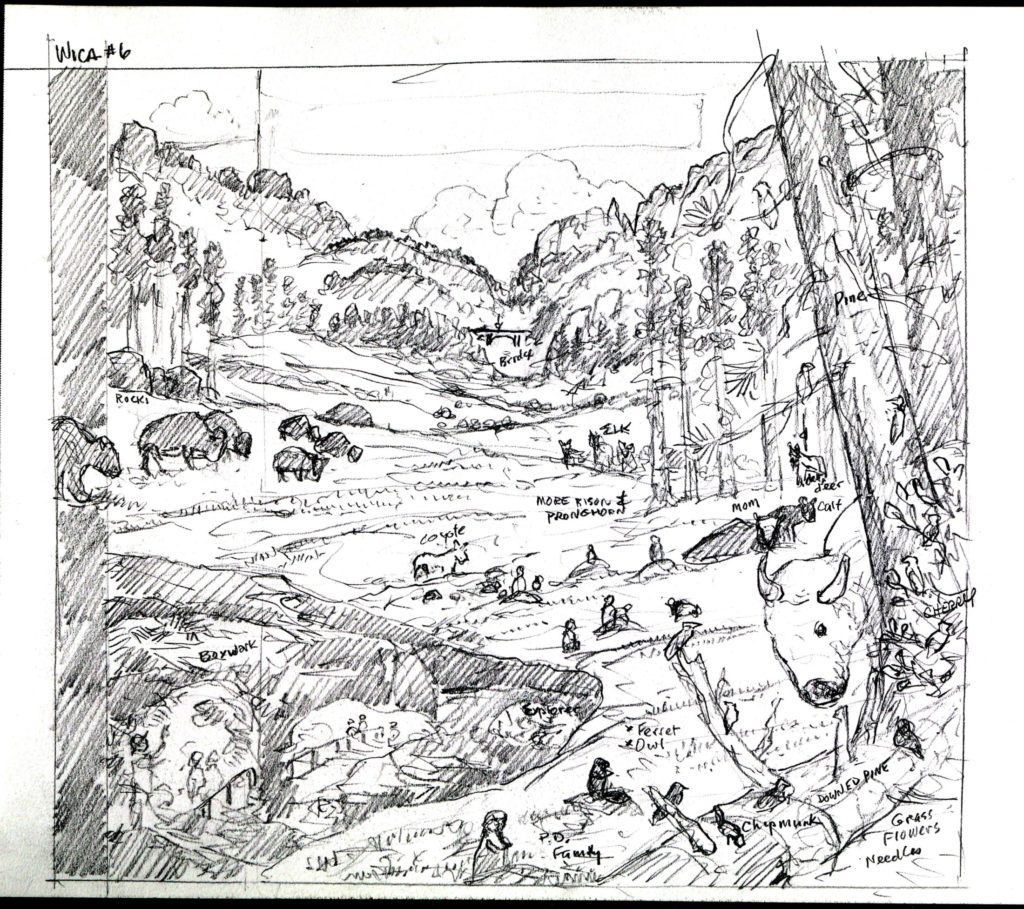 One of artist Larry Eifert’s field sketches he drew while on his visit to Wind Cave in June 2019. Credit: Larry Eifert 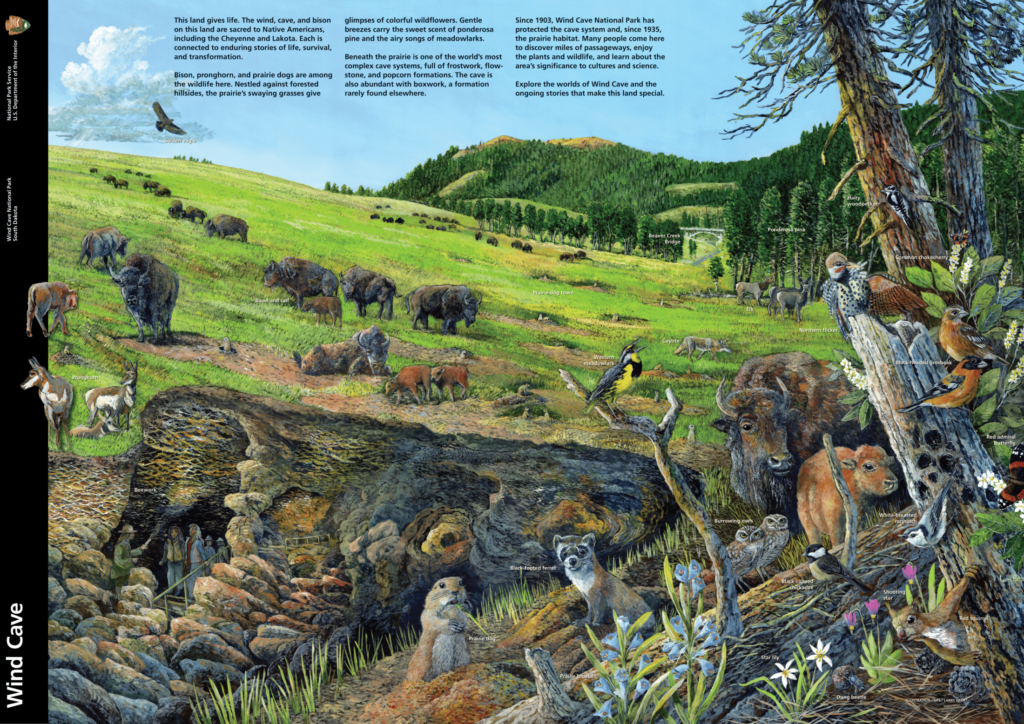