WIND CAVE NATIONAL PARK, SD – With coyotes yapping in the distance, and elk bugling over a nearby rise, twenty-nine black-footed ferrets were released into their new home of Wind Cave National Park Thursday, October 4. These ferrets, raised at the U.S. Fish & Wildlife Service National Black-footed Ferret Conservation Center in northern Colorado, will add to the park’s estimated ferret population of 18 to 20 animals.

“Our goal is to augment the population and enhance the genetics of the black-footed ferret population that has existed in the park since the original 2007 reintroduction,” said Park Superintendent Vidal Dávila. “Wind Cave National Park has a long history of reintroducing animals, beginning in 1913 with 14 bison.”

Crews will be performing spotlight surveys next week to monitor newly released ferrets, and capture the existing natural population to implant microchips for identification, check for fleas, and vaccinate for canine distemper and plague. The animals will then be released back into the park.

Black-footed ferrets are considered one of the rarest animals in North America. Thought to be extinct, in 1981 a population was discovered on a Wyoming ranch. Since then the U.S. Fish &Wildlife Service has worked to bring the population back from near extinction and has reintroduced ferrets across the west.

The ferret is a nocturnal animal that lives in prairie dog burrows and is rarely seen above ground. Under the cover of night, it preys on prairie dogs which constitutes 90-95% of its diet. Occasionally it will prey on other small mammals such as mice. 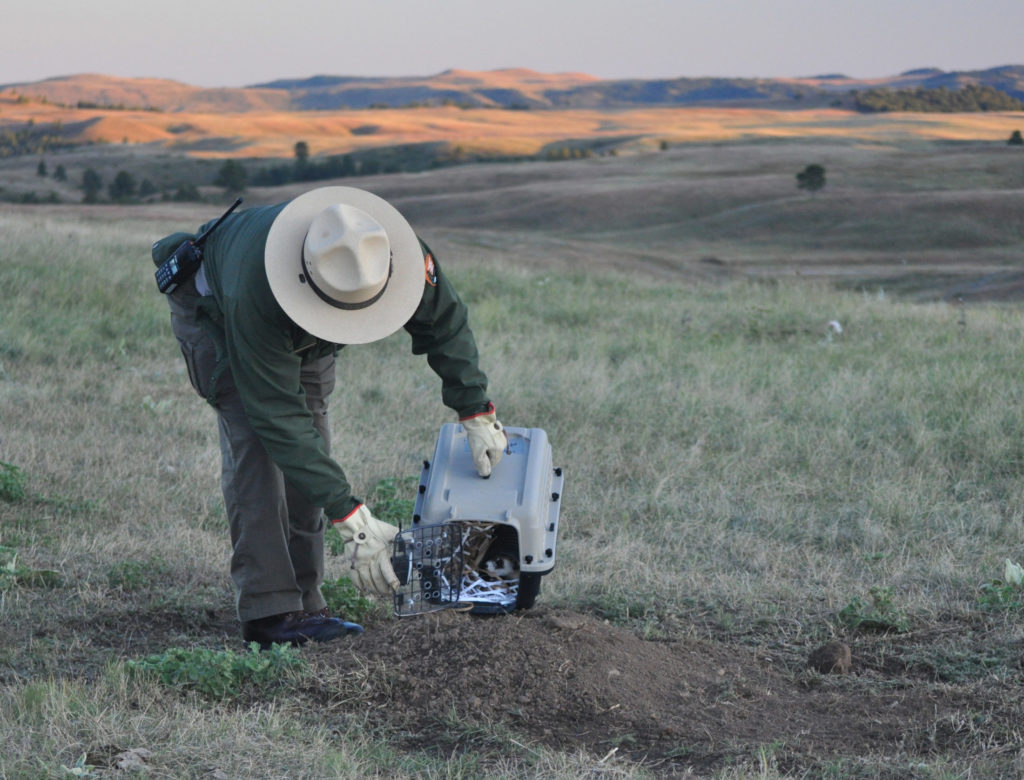 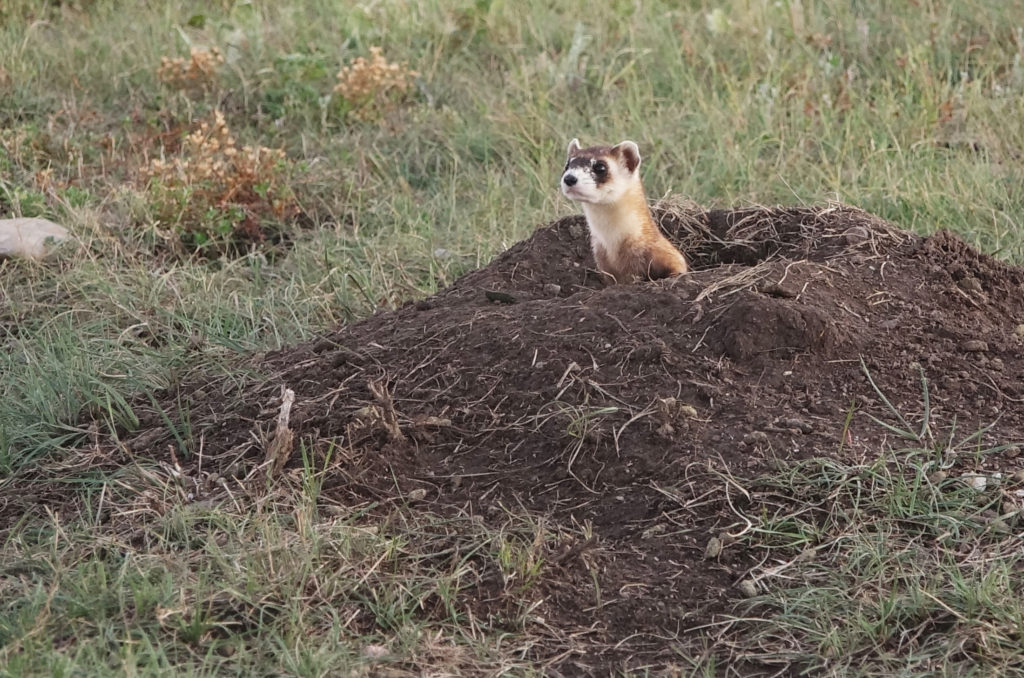 Newly release ferret looking out from a prairie dog hole.