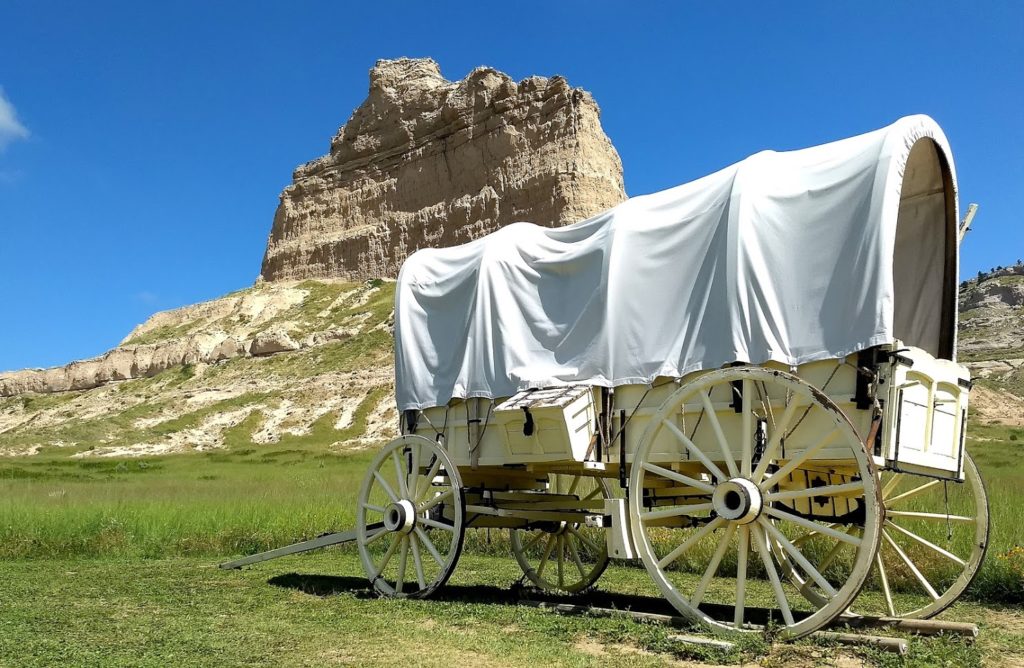 Scottsbluff was an important landmark on the Oregon Trail. Photo by: Marcus Heerdt

Black Hills Parks & Forests Association (BHPFA) is excited to announce their new cooperating partnership with Scotts Bluff National Monument and Agate Fossil Beds National Monument. BHPFA has a presence in the Nebraska panhandle as a non-profit partner for Nebraska National Forests & Grasslands, and these new partnerships will bolster their relationship to the region.

Scotts Bluff National Monument interprets a rich geological and human history, and has served as a landmark for Native Americans to emigrants on the Oregon, California, and Mormon Trails. Agate Fossil Beds National Monument is located about an hour north of Scotts Bluff and is one of the world’s most significant Miocene Epoch mammal fossil sites. Agate Fossil Beds interprets a landscape that reflects many influences—from early animals roaming the valleys and hills, explorers settling in the American West, and tribal nations that call the High Plains home.

“The Black Hills and Nebraska Panhandle are blessed with a plethora of public lands sites that tell stories spanning from prehistoric to modern times,” states BHPFA Executive Director Patty Ressler.  “There are so many perspectives to these stories— evolution, perseverance and adaptability, geology – just to name a few.  BHPFA is thrilled to add Scotts Bluff NM and Agate Fossil Beds NM as partners, helping them relay these important stories to their visitors as we have done in the Black Hills for over 70 years.”